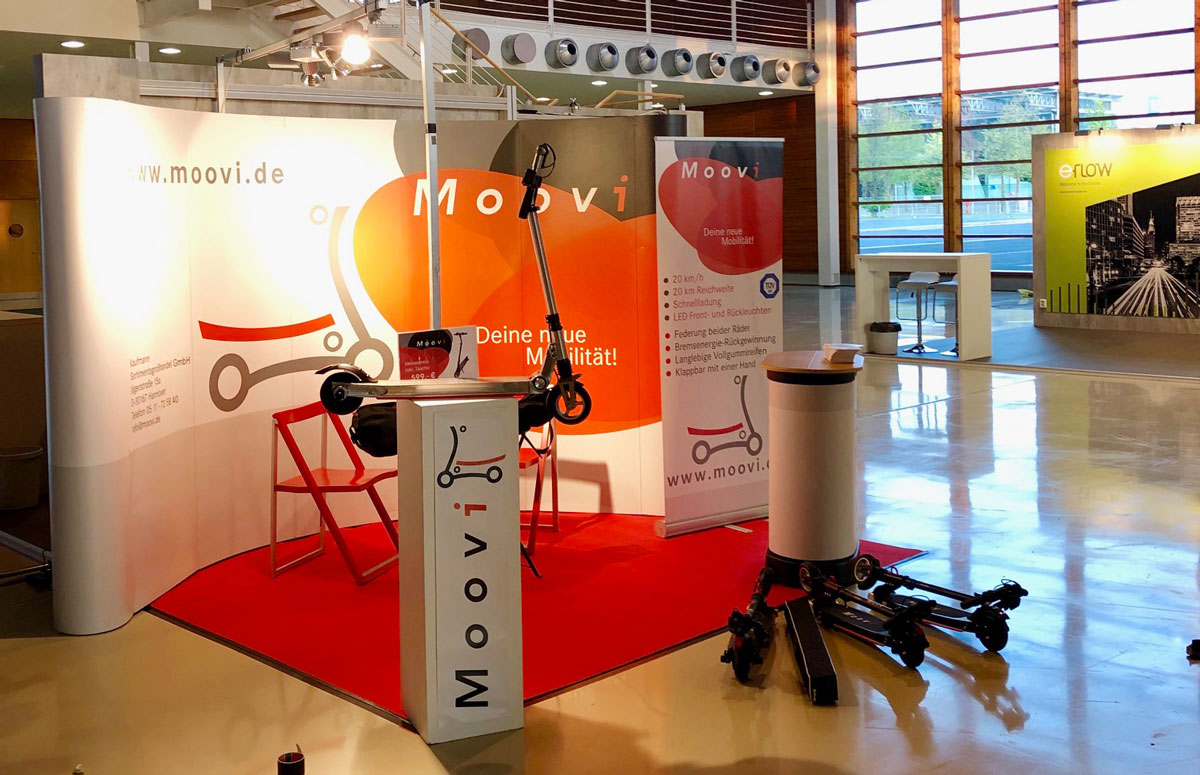 Moovi at the Micromobility Expo in Hanover

Moovi is micromobility from Hannover and Hannover loves micromobility. This is precisely why the first edition of the Micromoblity Expo took place this year from 2 - 4 May in Hanover, following on from successful pioneer events such as the car-free Sunday in Hanover, at which Moovi was already represented.

The trade fair could not be more topical shortly before the planned approval of e-scooters and very small electric vehicles in Germany. The who's who of the German and international e-scooter scene met at the fair and looked back on three very successful days.

Hanover's mayor Stefan Schostok also stopped by the Micromobilty Expo on the first day of the fair. To get an idea of the new e-scooters. The Moovi e-scooter from Hanover was test-driven, of course, much to the delight of the local press. We were also able to welcome Lower Saxony's Minister of Economics Althusmann to our stand and exchange a few words about our vision of the "people's scooter".

Of course, we were particularly impressed by the general interest of the press. It wasn't just the latest news from Transport Minister Scheuer about the planned ban on 12 km/h e-scooters on pavements that ensured that quite a few press representatives overran the trade fair.

But local heroes or YouTubers, such as the Scooter Helden from Berlin, who were the first serious video format to shake up the e-scooter scene many years ago, were also at the fair.

In addition to the press and politics, the fair has also become a platform for exchanging ideas with partners and like-minded people in the scene: Our stand neighbours Flash, who are pursuing a sharing concept with specially developed e-scooters, our good friend Jens Ulrich from the E-Scooter Blog, who has created a very exciting channel with the E-Scooter Gang independent of the trade fair, and of course our colleague Florian Wahlberg from Egret, without whose commitment we would probably not be where we are today with e-scooters in Germany.

We look back on three very successful days at the trade fair and especially look forward to the next days. They will show us how e-scooters will continue to develop in Germany. But we are also looking forward to next year, when it will be Moovi at the Micromobility Expo in Hanover again. 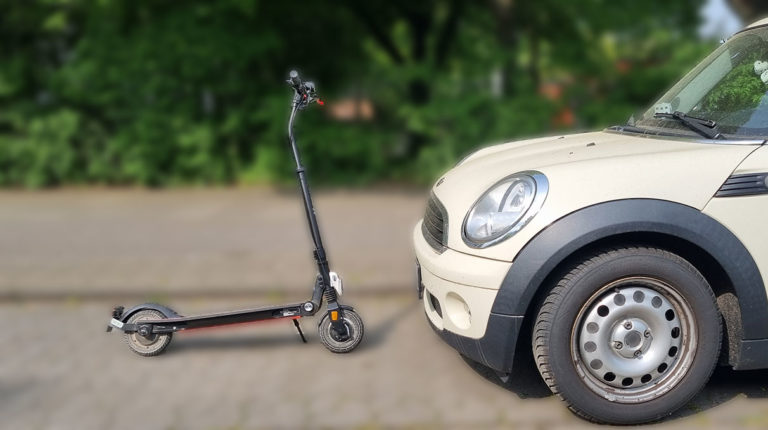 Alternative to the car: e-scooters? 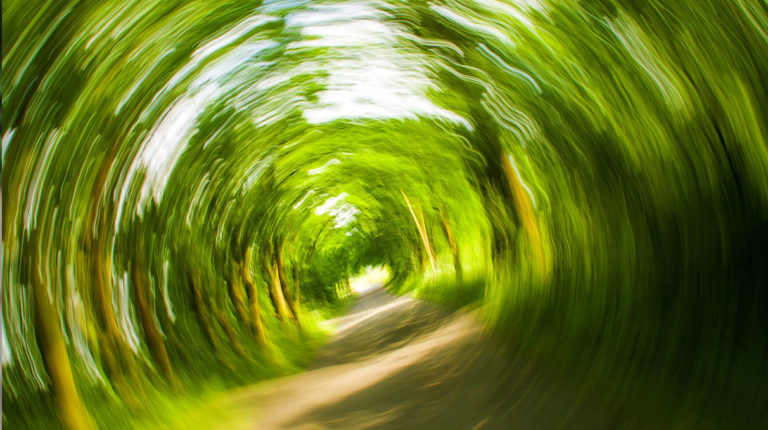 Drunk on an e-scooter: What is the blood alcohol limit? 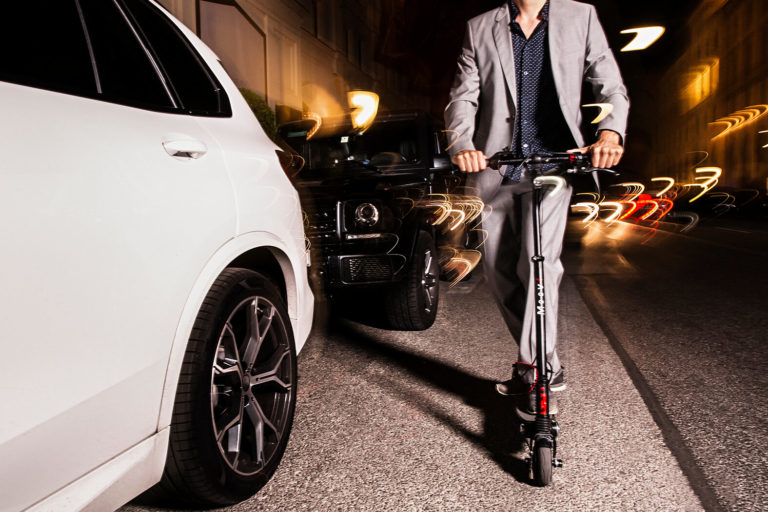 Individual transport in times of the Corona crisis 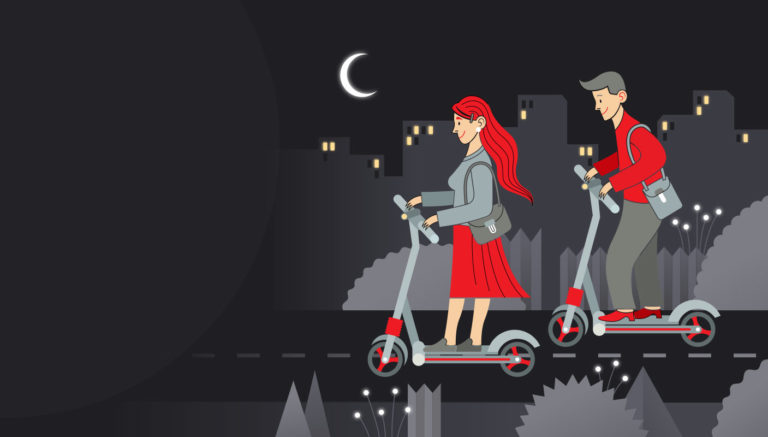 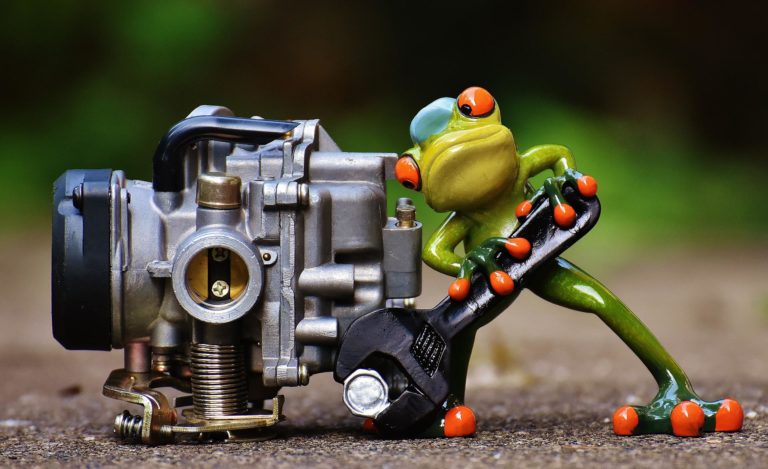 E-Scooter Tuning: What is allowed? 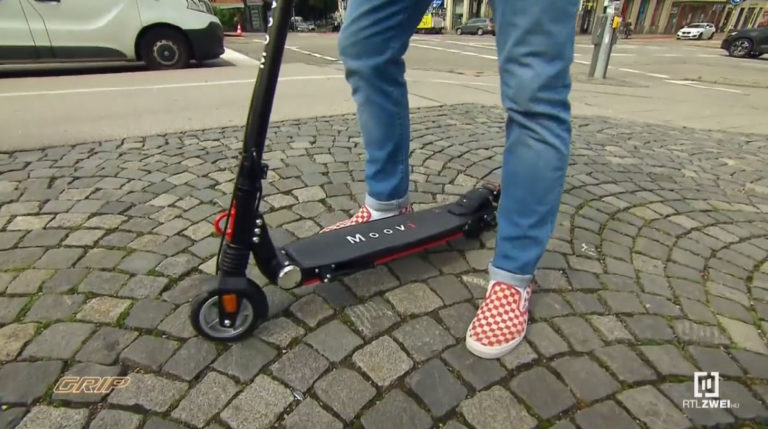 Fit for the StVo: The Moovi old for new campaign 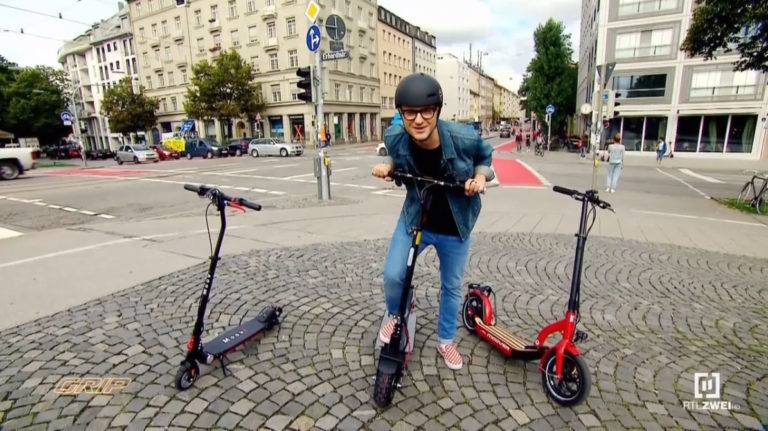 Moovi as safety and transport test winner in GRIP-Das Motormagazin 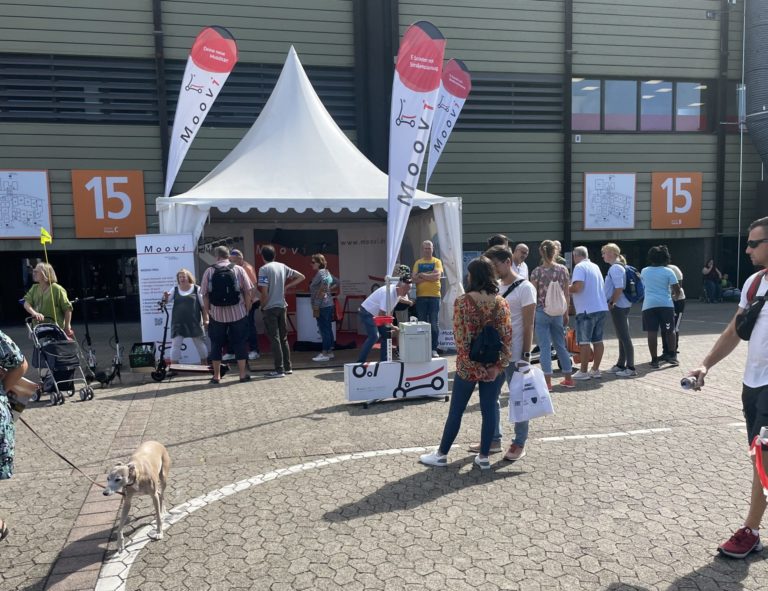 Moovi at the 2022 fall trade fairs 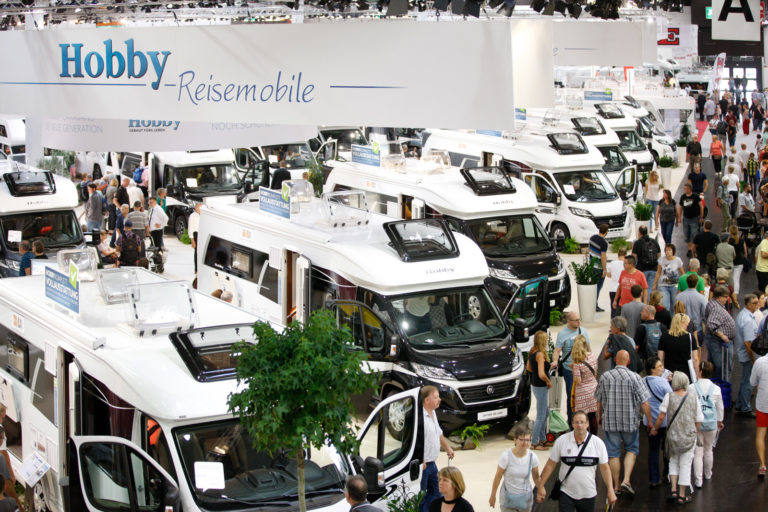 Moovi at the Caravan Salon 2018 in Düsseldorf 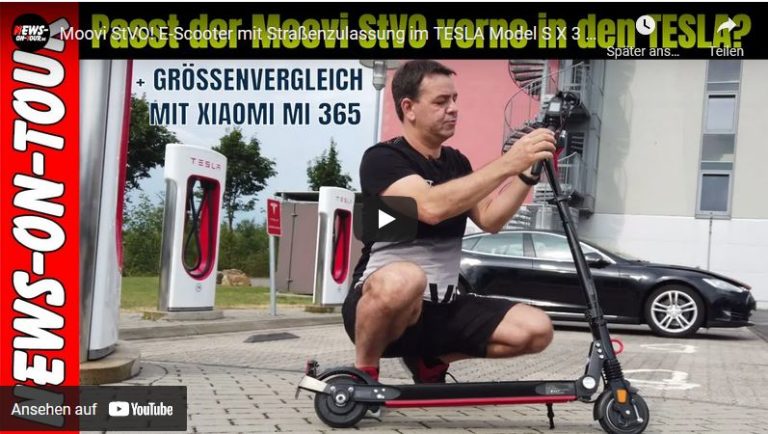 Moovi StVo in the Tesla Transport Check at News-on-Tour How to turn your Moovi into a load Moovi 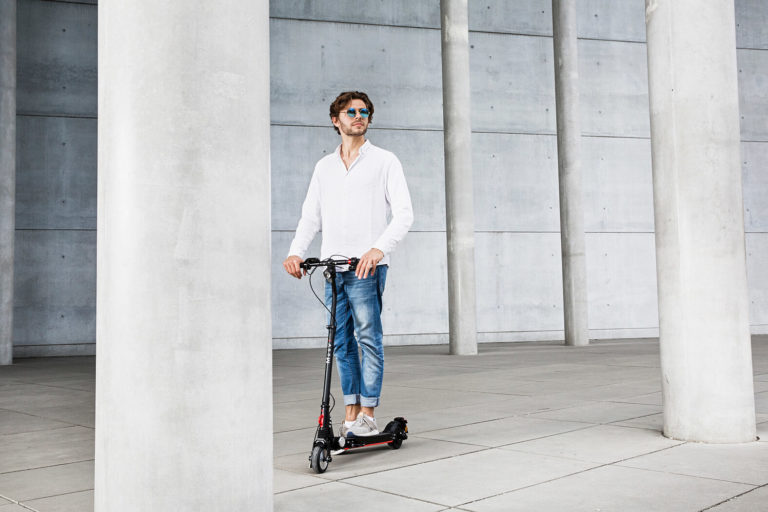 Where are e-scooters allowed to be driven? 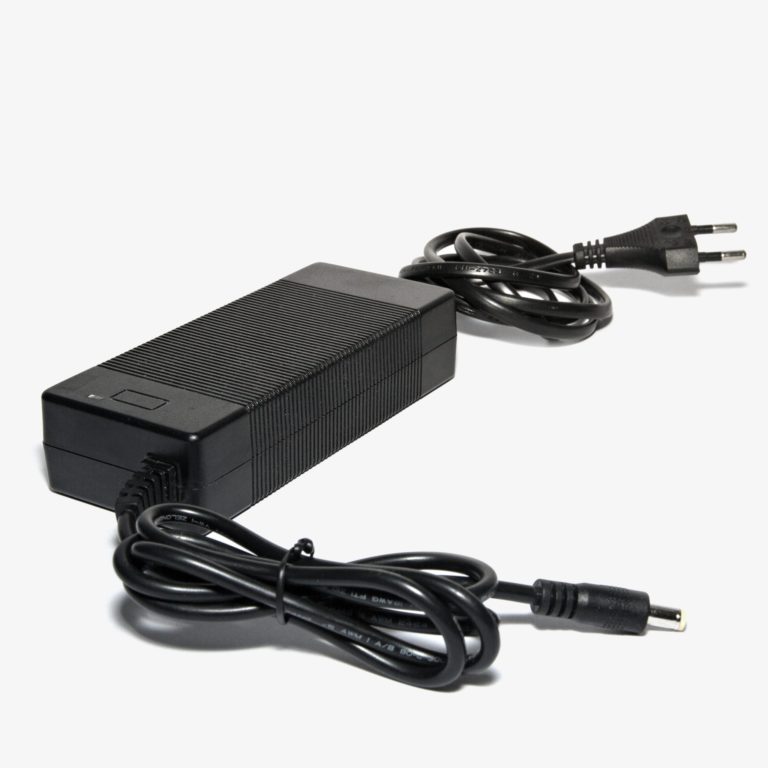 What should I look out for in e-scooter batteries?

Congratulations you have received a 5% discount voucher code in your shopping cart!